Are your rights being taken away from you? 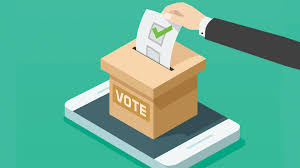 Have you the voter been forgotten?

Well it is now 2021, and Central Government have several items under discussion, yet have they forgotten you the voter?  Water reform, Health reform and enforcement of Maori Wards are just a few of the items where consultation seems to be lost.

Now some of us do feel that sometimes Central Government (That’s those in Wellington) do tend to forget about the little person at the end of the rope.  You know the person who is told why they should vote for someone, and what that person will do for you and the community that we live in.

A few years back Central Government stepped in and told the Local and Regional Councils that they were not giving the public enough say in their future and forced 3-year long term plans, and more recently the 10 year future plans for transport.  Yes, these systems did sometimes work, they got the community and Councils to start looking big picture and more than just today and tomorrow, actually for some it got them more thinking about what sort of future will their children have and what do we need to put in place now for them.

However, right now under discussion the Ministry of Health has a proposal to amalgamate and reduce the number of DHB’s in NZ, also within this proposal is remove the ability for the public to be able to vote for people on that board.  Hence removing the voter/public from any future decisions being made.  Also, in the upcoming proposed Water reform bill, powers and responsibilities that were normally held by the DHB’s, Regional Councils and Local Councils will be stripped away, and amalgamated, again removing the voter/public from the solution.

Have we got to a point where we don’t want to have a say in our future and how our community works?  For it seems that all the money that our Northland community has put into the NDHB assets and the local Council assets might be all lost to organisations that don’t even reside in Northland.

My hope is that all of us Northlanders realise all the money that is being spent on these reforms and amalgamations by Central Government, is in fact taking money that is needed within our communities away from us.  We have a need for more doctors in Northland, we have a need for more medical assistance in Northland, yet we have a system that is based on population statistics and because of this, Central Government has a view that Northland needs to be looked after by Auckland, as that is where the population is.

It is time to stand up Northland and make sure that our rights are not taken away from us.