August 8 - What’s Happening With Our Water? 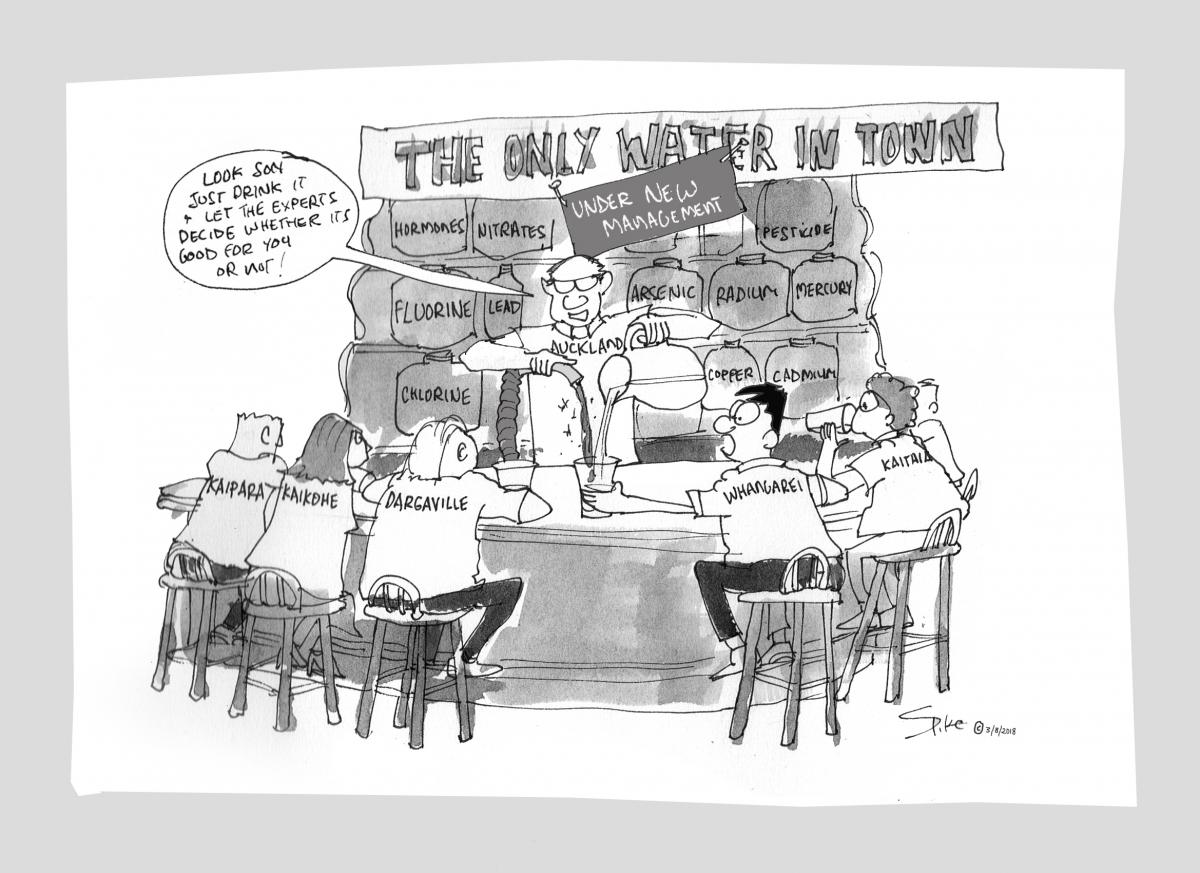 I know the cartoon above is a little exaggerated, however the message behind the cartoon is what I want to talk about.

In 2016, sheep faeces were washed into an aquifer / drinking water supply after heavy rain, causing an outbreak of the bacteria campylobacter. This was centred around Havelock North, which falls under Hastings District Council. 5000 people were poisoned; four deaths have been linked to the contamination. $48m is now being spent to improve that city’s drinking water systems and supplies.

Central Government did an investigation and produced a report which showed that:

The flow on effects of what happened at Havelock North have changed the way central government now looks at all council-supplied water supplies.

Presently, local councils look after the supply of water to each district. That includes the creation of dams, bores, the delivery of water to your house, what needs to be inserted in the water so that it is drinkable at the other end. Central government only set the standards to what a Council must achieve and the monitoring which is done by the Ministry of Health.

The Whangarei District Council is being seen by the Central Government that it has above-average control of the drinking water that it produces, compared to other Councils around New Zealand, which in simple terms means that the WDC is checking regularly, and provided drinking water to either at or above the safe drinking water standards for NZ.

Central Government has come out with recommendations for all of NZ and they include that:

My concern to all of this is that, the further we move the control away from our public, the less our public have a say in the way it is run, and the more we will end up paying. The Whangarei District Council, as a leader in the industry, asked the public a few years ago as to how they wanted to run their water supply and what they wanted to be included in it. This type of communications could be a thing of the past.

In fact the Local Government Commission report on combining Northland’s councils stated that their water supplies should not be combined, which is very interesting, now that Councils are being told differently.

The question for us is, do we give the job of keeping the water safe to individual councils, a combined council-controlled organisation, or is there something else?